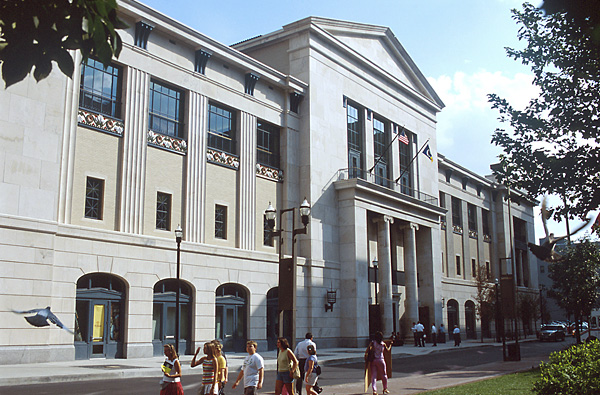 The Library Services for the Deaf & Hard of Hearing has been in existence on a local level, in Nashville, since August 1978, and statewide in Tennessee since 1983. The initial program, a TTY News Service (1978-2001), provided international, national, state and local news and statewide weather reports to the deaf community. Services expanded to include a small lending library of books and media programs beginning in 1979. Once-a-month open-captioned movies were also shown at the Nashville Public Library Main Library as an initial programming effort during the first couple of years.

Over time, we have expanded programming based on identified needs in the Deaf and hard of hearing communities and with an eye towards educating the hearing public about hearing loss in an effort to eliminate myths and misconceptions about hearing loss. We have evolved to become a premier statewide library program offering a wide array of information, programs, and services to all Tennesseans – free of charge!

Funding has been a concern and a challenge from the outset. Initially, federal LSCA (Library Service and Construction Act) grant funds supported the program. Then, in July 1986 the Tennessee State Legislature approved funding for the program. Additional funds were appropriated in 1993. Federal grant funds administered by the State of Tennessee and community grants have supplemented the program through the years. We gratefully acknowledge continued funding for the Library Services for the Deaf and Hard of Hearing from the Tennessee State Library and Archives , Tennessee Department of State!