Teaming: Together We Stand 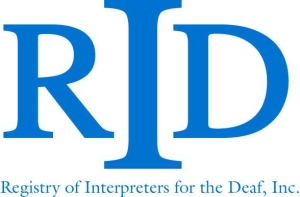 Team Interpreting is a skill. Not only do team members have to have interpersonal skills they also need to be aware of commonly used techniques and practices. When a team Interpreter strays from these industry standards it causes tension and stress between team members and compromises the integrity of the interpreted message. In this activity current teaming strategies, interpersonal skills, and self-disclosure will be discussed as well as the results of a national teaming survey.

CEUs on the Go! is an Approved RID CMP Sponsor for Continuing Education Activities. This professional studies program is offered for 0.3 PS CEUs at the Little/None Content Knowledge Level."

Terra Benton, a native of Tennessee, received her Bachelor’s Degree in Interpreting from the University of Tennessee at Knoxville in 1999 and her Master’s Degree in Interpreting from the University of North Florida in 2010. She began her professional career in eastern North Carolina. In 2000, she received her national certification from the Registry of Interpreters for the Deaf. As an interpreter who keeps abreast of the changes in the field, Terra has professional experience in numerous arenas including mentoring, VRS, VRI, post-secondary education, K-12, mental health, substance abuse, medical, and much more. In addition to her interpreting work, she was honored to be an adjunct instructor at East Carolina University. Also while in North Carolina, she was active in Eastern NCRID serving in multiple roles; from Board of Directors positions to the Newsletter Editor. During her time with the organization, Terra received two awards: the Wilson Regional Resource Center for the Deaf and Hard of Hearing 2004 Interpreter of the Year and a NCRID Special Recognition Award for Service.

In 2006, Terra moved to the greater Tampa Bay area and dove right in to the Interpreting community. In 2007, she received the Tampa Sorenson Interpreter of the Year award. She continued to work in the classroom as an adjunct instructor for the University of South Florida, teaching ASL and Interpreting courses as well as mentoring students.

She currently resides, with her family, in her home state of Tennessee, where she works as a private practitioner.