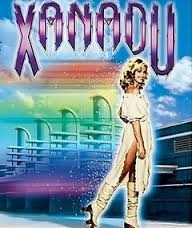 Because of the recent Broadway success of Pippin, (originally scheduled to be performed), the show’s producers have decided to take the show on tour, including a stop in Nashville. The license to the show was pulled because of our proximity to that location. Luckily, we were able to secure the rights to Xanadu! Xanadu is a hilarious, roller skating, musical adventure about following your dreams despite the limitations others set for you. The original hit score is composed by pop-rock legends Jeff Lynne and John Farrar, and includes, “Magic”, “All Over The World”, “Suddenly”, “I’m Alive”, "Evil Woman", "Have You Never Been Mellow" and “Xanadu,” to name a few. The stage musical is based on the Universal Pictures' cult classic movie of the same title which starred Olivia Newton-John and Gene Kelly.  The performance will be captioned on June 12, 2014.