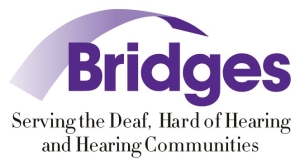 This workshop will challenge interpreters to focus on details in their work that hinder conceptual accuracy, such as production errors and palm orientation. We will delve into specifics elements of ASL prosodic structure such as cheek puffing, changes in eye opening, and head movement which are used to indicate nuances in meaning and emotion. We will explore the difference between Expansion and Explanation. We will discuss strategies for properly employing Expansion and Compression at work.

This workshop is worth .35 CEUs.

This workshop is presented by Laurie Cribb, CI, CT, SC:L, NIC Master.  After attending Maryville College in East Tennessee, Ms. Cribb began her career as a freelance interpreter in Knoxville. She has worked as a community interpreter for over 16 years and has served in staff, freelance, and VRS capacities. Ms. Cribb has presented numerous workshops on topics such as national certification test preparation, ethics, interpreting in religious settings, voice interpreting, and legal interpreting. She has held officer positions on the state (TRID) and local (NTRID) levels, and was the recipient of the 2006 Region II President’s Choice Award.