"A Gentleman's Guide to Love & Murder" 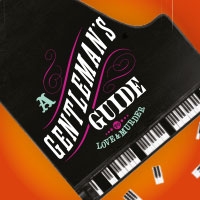 The Tennessee Performing Arts Center will provide American Sign Language and Open Captioning for the award-winning musical comedy A Gentleman’s Guide To Love And Murder on  Sunday, January 29, 2017 at 1:00 p.m. Tickets for $55 are now on hold in Jackson Hall for patrons who wish to take advantage of this special offer of $20 off.  Please buy your tickets by Friday, January 6 to receive the discount.

As some of you may be aware, TPAC has invested in new assisted listening equipment, including receivers.  If you want to use amplification, you are invited to bring your own headsets to plug into these new receivers, which are on lanyards worn around the neck. You also have the option of using the headsets provided by TPAC.

Winner of the 2014 Tony Award for Best Musical, among other honors, A Gentleman’s Guide To Love And Murder tells the fast-moving story of the dashing and dastardly Monty Navarro. A distant heir to a family fortune, he sets out to jump the line of succession by eliminating the eight pesky relatives who stand in his way. All the while, Monty has to juggle his mistress, his fiancée, and the constant threat of landing behind bars. Of course, it will all be worth it if he can slay his way to his inheritance… and be done in time for tea.  Part of the fun of the show is that Monty’s eight relatives—both male and female—are all played by the same actor, who sometimes switches characters and costumes in less than 20 seconds offstage.

Rave reviews of the show include this from a most gentlemanly NPR critic who said he’d “Never laughed so hard at a Broadway musical.” The Chicago Sun Times wrote that the touring production is “irresistible theatrical confection… Designer Alexander Dodge’s stage-within-a-stage set (winningly animated by Aaron Rhyne’s projections) is pure, ever-shifting eye candy of the highest order. And were Lindo Cho’s ravishing costumes put on sale in the lobby, every woman in the audience would buy them.”

Running time is 2 hours and 20 minutes, including one 15-minute intermission.

Again, tickets in the lower orchestra level are $55 each, a $20 discount.  They are on hold through Friday, January 6, for patrons who use ASL and/or open captioning and their companions. Note that facility fees are not charged on purchases at the TPAC Box Office, open Monday through Friday, from 10 a.m. to 5:00 p.m. (providing your promo code at time of purchase). Whatever the method, please buy your tickets by January 6 to take advantage of this special discount offer.

1.      For online purchase, click on this link to go directly to the page to buy tickets at the discount: https://patron.tpac.org/events/detail/gentlemans-guide-2017-tpac
2.      On the “Gentleman’s Guide” page, click on the link in the upper right corner that reads “Have a promo code? Click here.” When prompted, enter the Promo Code TPACTICKET and click on “APPLY.”
3.      Click on “Buy Now” to the right of the show title, “Gentleman’s Guide.”
4.      Click on BUY TICKETS.  On the next screen you will have the option to select “BEST AVAILABLE” or “VIEW BY SECTION” (in purple on the screen) to view  seats eligible for the discount.
Headsets for A Gentleman’s Guide To Love And Murder will be at the accessible services kiosk near the elevator in the Jackson lobby, convenient to the marquee entrance at the corner of 6th Avenue and Deaderick Street.

We hope to see you soon at TPAC!  Below is the list of captioned and interpreted performances at TPAC through our 2016-17 Season.